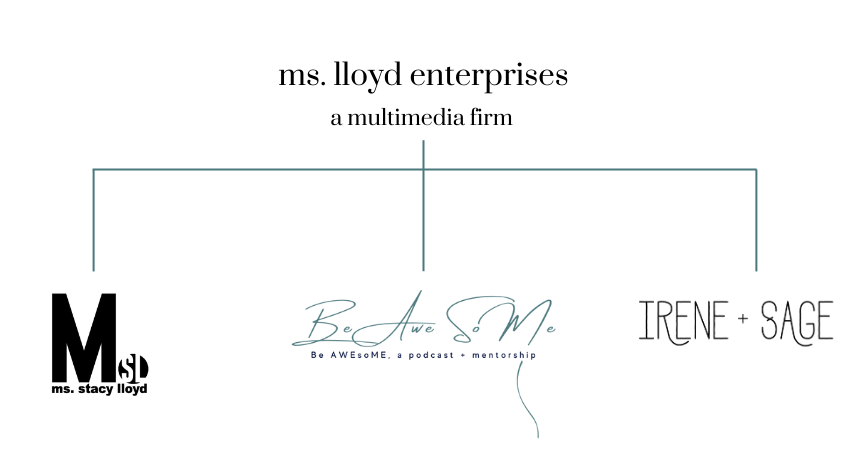 Is a brand that strives to normalize self-care. We create products intended to rejuvenate + give individuals a sense of tranquility. It’s a collaboration between two sisters in an effort to contribute to the overall health + wellness of people + the planet.

We help empower young ladies + women to live their lives authentically + become a better “Me”, Awe-So-Me. The podcast is an open dialogue about living life authentically by tapping into what makes you, you. It’s an inside job + remember you have it in you, it’s up to you to discover it, develop it + then deliver it to the universe.

Stacy’s professional career spans more than two decades. She has worked in television at WSB-TV, Channel 2 as well as E! News. During her tenure in the industry, she has appeared in radio commercials in addition to local + national television commercials, produced corporate promotional videos, public service announcements, music videos + worked on various live events including hosting red carpet functions.